Full Name
Jalila Essaïdi
Job Title
Founder & CEO
Company
Inspidere
Speaker Bio
Jalila Essaïdi is a Dutch artist and entrepreneur based in Eindhoven. As the CEO of Inspidere B.V. and the founder of BioArt Laboratories, Essaïdi is specialized in the fields of bio-based materials and biological arts (bio-art).

She is best known for her work ‘2.6g 329m/s’, also known as ‘Bulletproof Skin’, a project that achieved bioengineered bulletproof human skin. Another well-known project is Mestic®, a method to transform cow manure into cellulose-derivatives.

In 2010 Essaïdi was a recipient of the Designers & Artists 4 Genomics Award for her project ‘bulletproof skin’. In 2013 Essaïdi won the nomination by the BKKC for high potential talent. Essaïdi’s projects have been covered by Associated Press, Reuters, CNN and the BBC, among numerous others, and she has subsequently given interviews and lectures all over the world. Recent exhibitions include: Victory and Albert Museum, London; State tretyakov Gallery, Moscow; NOMA, New Orleans; Power station of Art, Shanghai.
Speaking At
Beyond Borders by Venture Café, The Next Women, CIC & RVO 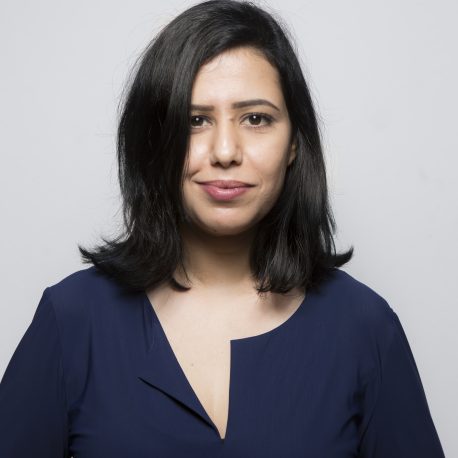